My favorite scene from the 1950 movie Sunset Boulevard is when the delusional Norma Desmond descends the grand winding staircase of here home, thinking she was filming a scene for her comeback movie.  Actually she was about to be arrested for murder. 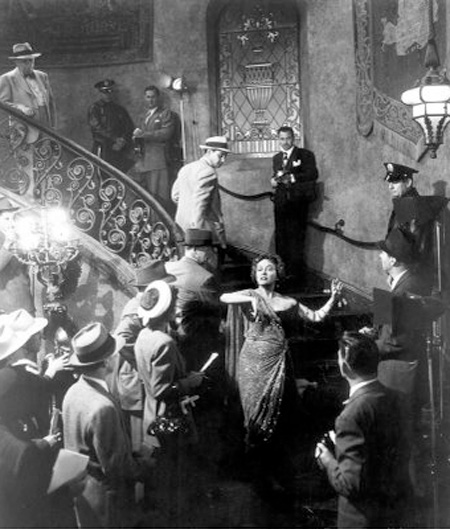 The film got me thinking.  Wasn’t there another famous film scene on a staircase?  Yes,  1976, Carol Burnette as Scarlet O’Hara in the Gone with Wind spoof!  Scarlet (Carol) descended the staircase or a tattered Tara,  wearing a velvet drapery and curtain rod as a makeshift dress.  When “Rat Butler” (Harvery Korman) complimented Scarlet on her ravishing gown she delivers the line, “I saw it in the window and I just couldn’t resist it”. 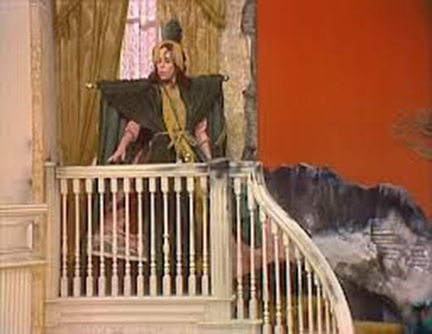 Actors couldn’t resist a juicy scene of with them cascading their way down a magnificent staircase.  There’s just something about the process of arriving when a staircase is involved.

Today designers recognize the power of the stairs and no longer view staircases as a mere utilitarian function but as a unique opportunity to make a memorable statement in interiors.

Today I pay tribute to some extraordinary yet ever so functional staircases. 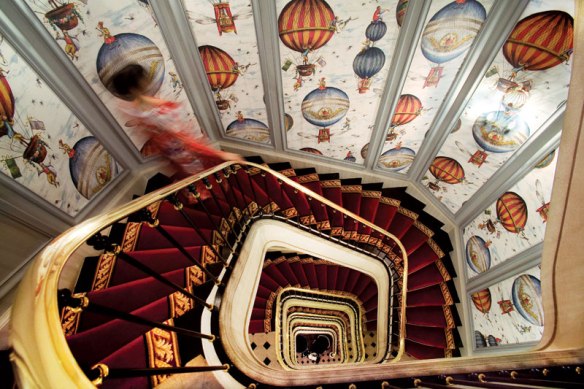 This flight of fancy at The  Saint James Hotel in Paris is the creation of designer Bambi Sloan.  The design of the staircase, as well as the hotel combines a bit of cheekiness with stodgy Napoleon III class. 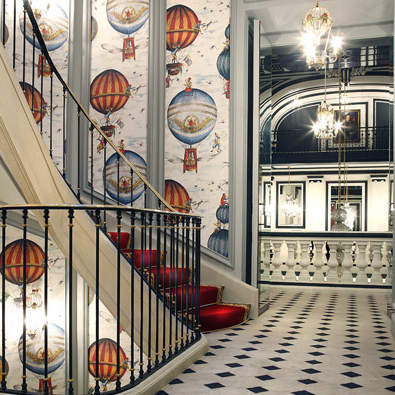 The custom  wallpaper, designed by Maitenna Barret, is a whimsical homage to the hotel site’s origins as an airfield where hot air balloons rose from.  In 1892 the wife of the French President, Adolphe Thiers had a foundation built in honor of his memory.  Now it’s The Saint James. 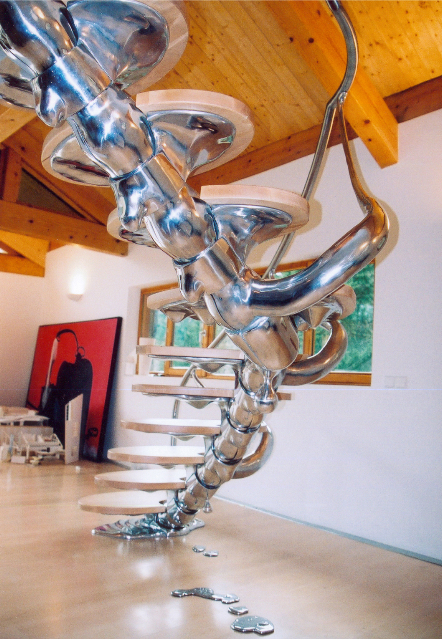 The dripping metal organic looking spine of this commissioned staircase for a private residence in France is both chilling and breath-taking.  This is the progeny of creative UK Interior and Product Designers Philip Watt Design. 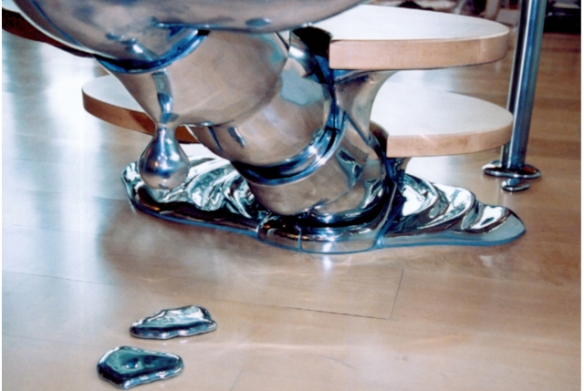 The curvature of the staircase along with the molten metal leaving spatters of itself on the floor give an effect of a living organism.  Bespoke design at its most original. 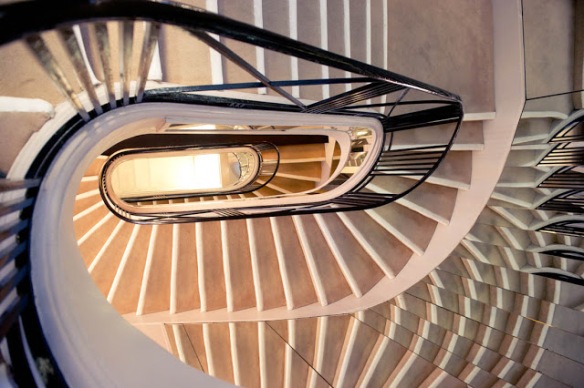 Coco Chanel designed her mirrored staircase connecting her shop, apartment and workroom.  The staircase functioned as a spying mechanism for Chanel.  She could stand on one floor and was able to see what was happening on every level, and especially to view the reactions of editor’s at her fashion shows as models descended the staircase. 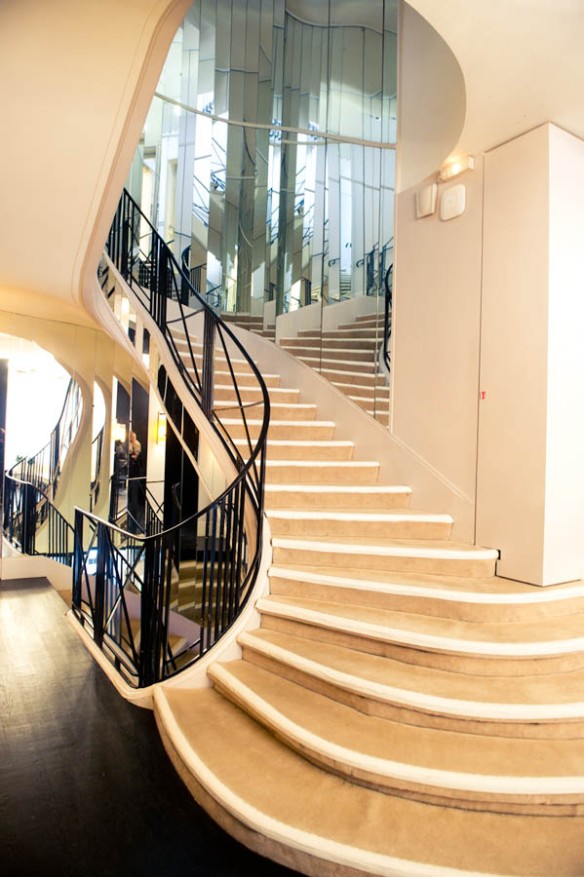 Chanel never actually lived in the apartment above her shop at 31 Rue Cambon, but only used it to entertain clients and guest. 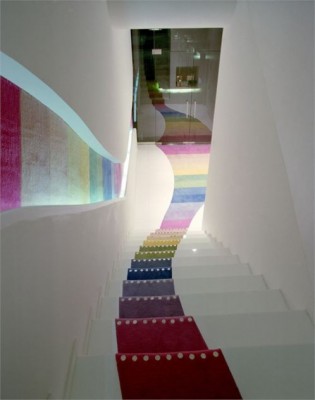 The winding colorful ribbon that defines this staircase is the creation of Sako Architects for the Kid’s Republic Poplar Library in Beijing, China, a bookstore for kids.

The ribbon used on the floors and wall, wind throughout the space.  The design was used to cultivate children’s curiosity and as a way-finding device.  As the ribbon winds throughout the bookstore it transforms into an bookshelf’s, a portals and a handrail.

Do any of these staircases inspire you to perhaps do something extraordinary with your own staircase?  I want to hear about it.  Send me a comment, perhaps you can even share a photograph.

Beautiful photos of hiking and other outdoor adventures.

Residential Architecture and Interior Design Partnership. We find sanctuary in a place that mirrors our soul. The best house is the house that looks like how we feel inside.

...a perspective on design in movies.

A Holmes Style Quest For A Beautiful Home